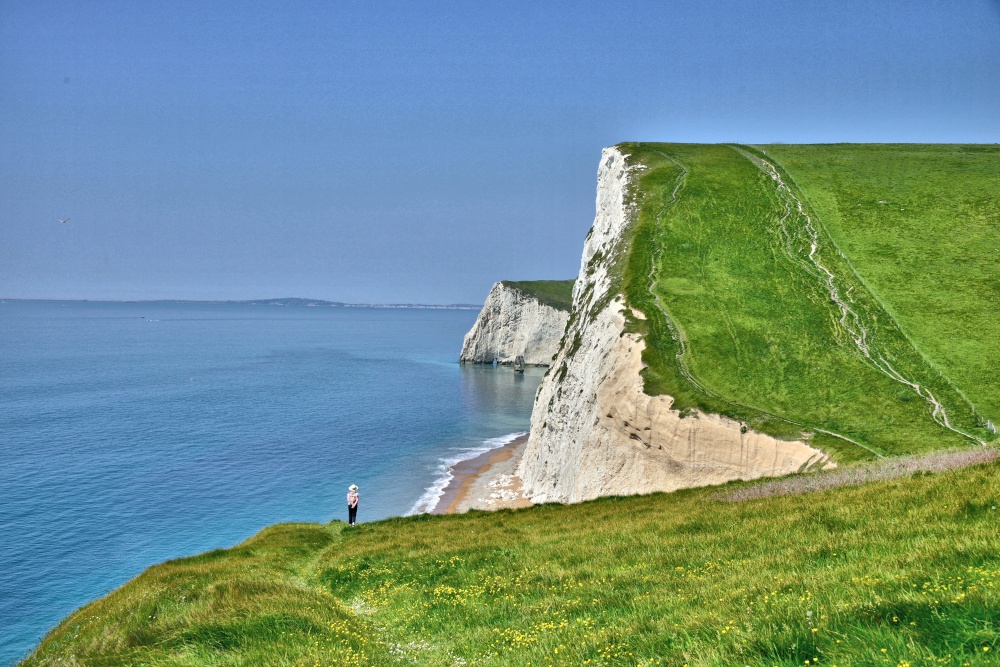 While photographing Durdle Door I kept coming back to this view of the white cliffs to the west, thinking that there must be a view worth photographing here, but somehow it just wasn't working as a photographic shot. On about my third attempt this lady appeared and my first reaction was very negative, thinking "Now we've got a person spoiling the view" Habitually looking through the viewfinder however, I realized that she wasn't ruining the view at all, but she was actually making it.. I didn't speak to her at the time, but if you're out there, thank you.