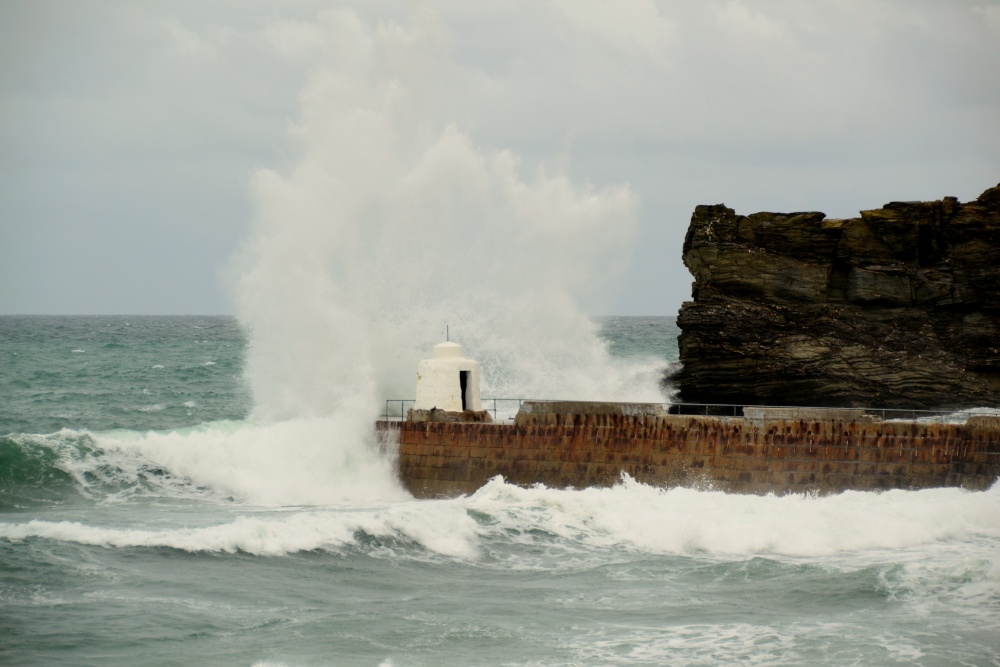 We were heading along the coast road to St Ives when we called in to Portreath, where the waves were crashing in on a stormy morning.Not sure what this little beacon is at the end of the harbour, but it was getting a pounding. Note.. I have just read some info on one of Vince's images & apparently this "blockhouse" has been recently rebuilt as it was washed away in a storm last year ! It was used as a shelter for the harbour pilot in times of rough seas.

A picture of: Portreath, Cornwall ( More pictures of Portreath by Martin Humphreys )

Brilliant Martin. I tried to capture a shot like that but failed,

That's not fair- your wave is much bigger than my wave ! If you google images of the monkey house Potreath one can really see the power of the sea and understand why it was washed away early last year. Well captured Martin -Proper Job.

Random England fact:
Thatcham in Berkshire was claimed to be the oldest town in Britain until recently when it was surpassed by Amesbury in Wiltshire. There is evidence that people settled in Thatcham during the Mesolithic Age (10,000BC - 4,000BC).