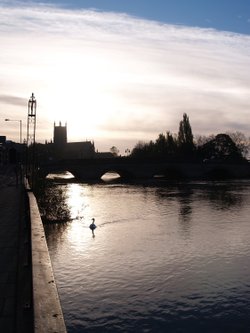 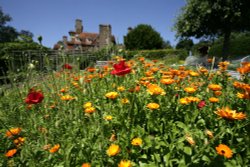 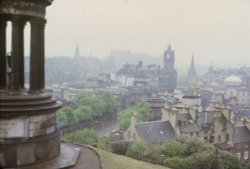 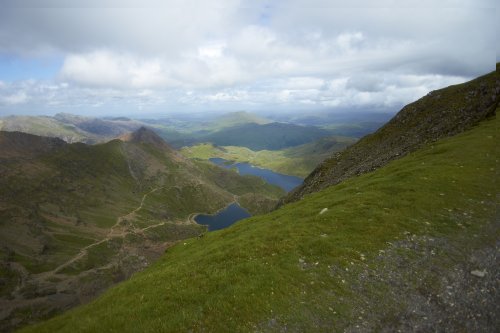 Llanberis railway station becomes the starting point of our climb. Having travelled from Humberside and having been well fortified in the station cafe we set off to climb this mountain known as Snowdon. The route we decided on was the direct route straight up and we meander through the street, take a turn right passed some houses and then the accent began.

At first it appeared quite gentle but as we progressed it was clear that this was not going to be. It was 40 years since I was last on the summit, so this walk was about doing what I had not done before; to climb to that summit as by train I last went as a boy.

The rain began as we left the station and became relentless as we climbed along with strong winds which made it harder. The path is easy to follow as it winds upward close a point to the railway track but I found it very steep indeed. At one point you thought there maybe a lull in the climb only to find you went a little steeper on another section. We reach the last bridge the train crosses before the last pull to the top, where we decide to have sandwiches and drinks. I try to move my position only for the wind to take me by surprise and lifted me off my feet. We set off again for the final section. The cloud is hung around us and the wind and rain beating down on us, the path visible only a few feet at a time at this point. This stretch took us a further 30 mins before we reach the summit.

We walk then into the cafe were staff were brushing water out of the door, and as we stood inside water dripped from every orrifice, my boots felt like they had two inches of water in them. 2 HOURS 40 MINS to reach the top.

After a warm drink and something to eat we started the descent, as we do so the weather breaks, the cloud lifts and some blue sky appears and for the first time we can see all around us and below too. The lake and the hill immediately in front of us shining black where once slate was mined from it. We made it down in 2hours and 5mins and for me to say YES I did it.

Our group that day was two Steve's, Barry, and me Paul.
Cheers lads for a good day out, and yeh a meal and a pint well deserved in one of the local pubs.

A Pictures of England article submitted by Paul Wood