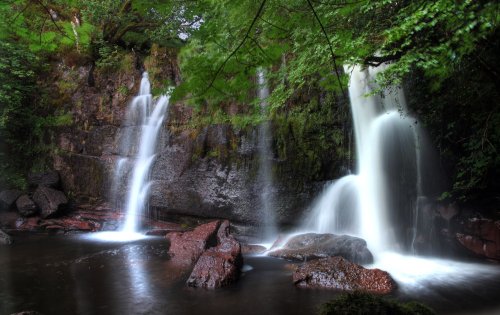 This is a beautiful harbour town on Scotland's fascinating western coastline. Above the town, watching out over its roofline towards the sea is a building with a "picture-postcard" quality. This is known as Mc.Caig's Tower, a Roman like structure, built by a local banker of that name in 1897 to serve as a lasting monument to his family. Today, this lovely Coliseum style building offers visitors the most delightful vantage point for views of the town, and for magnificent vista's of the sea, its cream tinged, rippling waves, dappled by the golden rays of a late setting sun. The tower encircles a grassy mound with great banks of flowers, it is the perfect destination for a picnic, or it provides a place of escape from the summer crowds where you can rest in atmospheric surroundings, taking pleasure in unrivalled views.

Oban is a traditional "harbour town" transformed from a little fishing village of the pre-Victorian era. It is the main departure point for travellers to the Western Isles and a stopping off point for steamers linking Inverness with Glasgow via the great Caledonian cannel and the Crinian cannel. The arrival of the railway in 1880 heralded a boom in late Victorian and Edwardian tourists. Frantic building began, and many of these fine hotels and houses remain to be seen today.

The town has a lovely esplanade, an idyllic place to stroll enjoying the sight of bright sailed yachts, fishing vessels and steamers arriving with yet more visitors! The lively streets offer the visitor plenty of scope for shopping, and anyone in search of sustenance will have no difficulty finding places that offer, lunch, tea and dinner treats. There are plenty of places to stop by and enjoy a drink, and anyone heading in the direction of the waterfront will find the easily identifiable Oban Distillery, a place were whisky has been made since 1794. The distillery welcomes visitors for tours and usually offers a "wee dram" tasting.

Located on the northern edge of the town, sitting on a lofty tree-clad mound overlooking the sea, is all that is left of Dunollie Castle, seat of the MacDougall's, Lords of Lorne, who at one time owned a third of Scotland. There is a short climb to reach the ruins, but those who make the effort are rewarded with lovely views of the northern entrance to Oban harbour.

Standing around 5 miles north of Oban is the ruinous Dunstaffnage Castle, a romantic fabled place, to which the "Stone of Destiny" was brought over from Ireland via Iona. This was taken to Westminster Abbey in 1296 and did not return to Scotland until 1996. The stone can now be seen in Edinburgh Castle. Dunstaffnage was a MacDougall stronghold until the early part of the 14th century when it was seized by Robert the Bruce. Later, in the mid 18th century, the castle was a place of imprisonment for Flora MacDonald, sweetheart of Bonnie Prince Charlie. Visitors to the castle can also see the ruins of a 13th century chapel, and if you are very lucky you might just meet the castle ghost - a lady in a green dress!

Oban offers visitors a pleasant time, it has a lovely sedate atmosphere tinged with a jaunty nautical air. The town, edged by the sea, is backed by low green hills, with views towards Mull and other fascinating smaller isles. It's panorama of almost endless beauty and drama has been a source of inspiration for artists and poets for centuries, it is therefore unsurprising to find that Oban is one of Scotland's most popular coastal resorts.
Take a picture tour of Oban | Oban accommodation
Add to favourites
Share the beauty of England.. 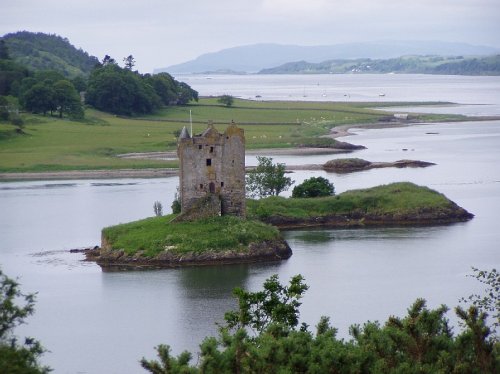