in the town of Malham, in the county of North Yorkshire 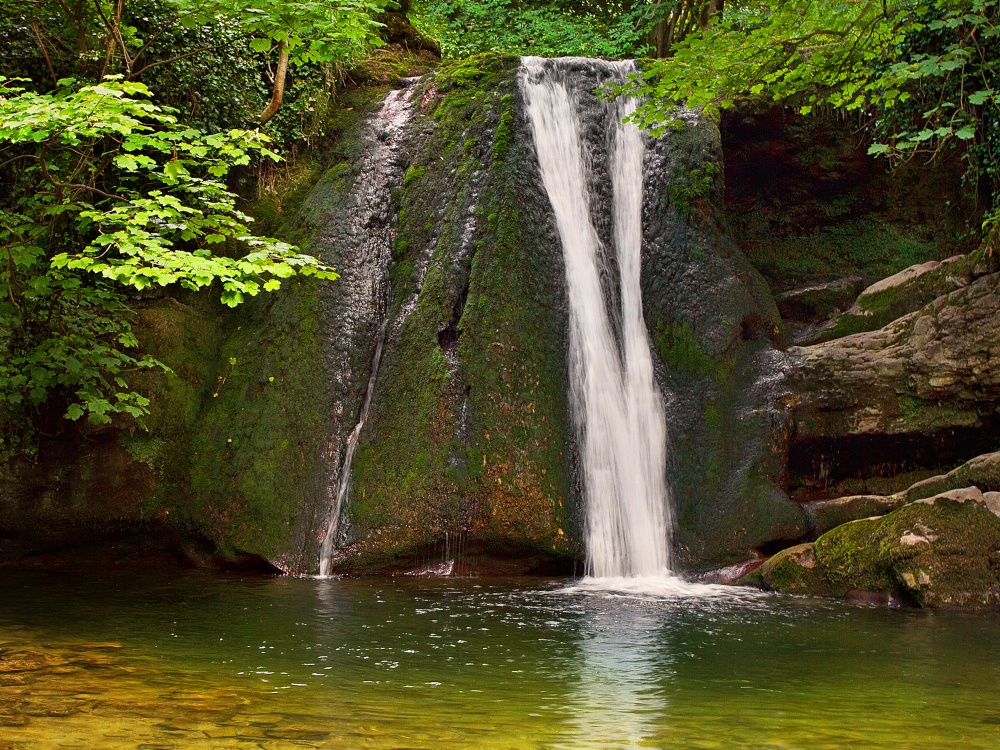 Janet's Foss is a small waterfall near Malham in North Yorkshire. Foss is an old variation of 'force'. The waterfall was formed by Gordale Beck coming down from Gordale Scar and falling over a calcareous rock formation known as tufa into a plunge pool below. The place can be quite magical.

Very evocative picture David I really like the effect of the slow shutter speed. Looks like a great place for a wild swim!

You are right Rod, just a week after taking this picture we returned to this spot with our 15 year old granddaughter who had no hesitation in jumping in!