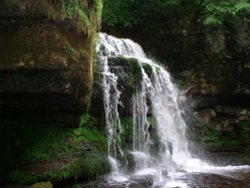 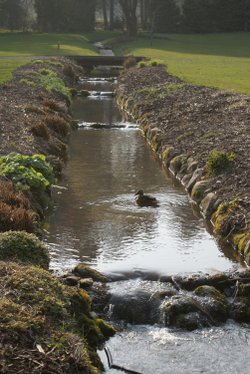 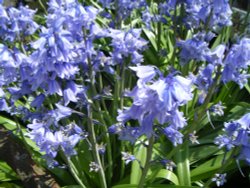 "Thou shall get kings though thou be none" 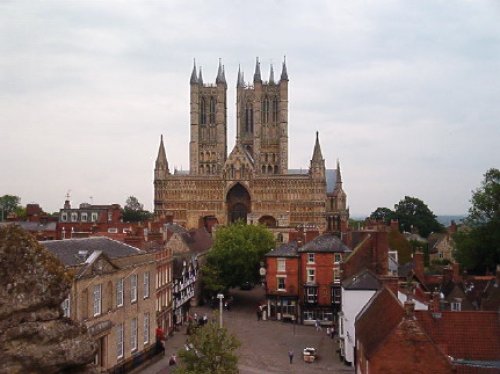 Marriage in England in the 1300's, within the royal family, was not about love.  It was about dynastic consolidation.  Princes and princesses had no choices in their marriage partners.  They were betrothed to whoever had the most power, lands or whoever could ensure a strong alliance between countries.  In all of this business of marrying off the royal children, there must have been a few real "love matches", but for the most part they were few and far between.  Kings and Princes had many illegitimate children and many mistresses. Some acknowledged and took care of their offspring, some did not.  Whatever the situation, marrying a mistress was unheard of in that far off time.

The title of this article is "Katherine who?"  I say that because not many have any knowledge of her, yet her story is a real love story and the resulting children had a vital impact on the history of England.  We don't know a lot about Katherine's life but what we do have is based on actual records.  The chroniclers of the time had scant interest in women in general and were mostly hostile seeing women as a "necessary evil" in the continuation of the monarchy.

If you find you have an interest in Katherine after reading this article, there are many sites on the internet regarding her and there is a wonderful book "Katherine" by Anya Seaton which, though published in 1954, is still available through Amazon and in some major bookstores.  In a time so removed from our own, it is, of course, impossible to know the real details of her life. I find that some of the sites on the internet spend too much time trying to tear apart Seatons basic story which, in my opinion, takes away from this wonderful love story and downplays her true impact on the British Monarchy. In a time so full of forced marriage, her story is special and there was a happy ending.

Let's take a look at who she was.  Katherine was born in Hainault in Flanders about 1350.  Her mother died giving birth to her. Her father, Payn de Roet was a loyal squire, brave soldier and favorite of Edward III and his wife Queen Phillipa who was from Hainault.  When Payn died on the battlefield, his dying wish was that his two daughters, 13 year old Phillipa and 10 year old Katherine be taken care of. At the time, the two girls were living on a farm in Picardy with their grandparents. Soon after his death, Queen Phillipa learned that the plague had taken the lives of both grandparents and arranged for Phillipa to join her household as a pantry keeper sending Katherine to the Benedictine Priory at Sheppey.

Over the next five years, the Priory did well by Katherine, she could read and write both English and French, spin, brew simples, had gentle manners, had some knowledge of astrology and the abacus and had a beautiful singing voice. The other thing that she had which the Priory could not claim responsibility for was beauty. Katherine was documented as having large gray eyes, very long lashes, very long, dark red hair, white unblemished skin, beautiful teeth and was, indeed a beautiful young girl by any standards.

At the age of 15, Katherine was of marriageable age. Her sister Phillipa, who was still in the queens service, felt it was time to call her to court and find her a husband. With Queen Phillipa's blessing, money was provided and a messenger was sent to bring Katherine from Sheppey to Windsor.  She arrived at Windsor during the festivals surrounding St. Georges day.  This starry eyed 15 years old must have been overwhelmed and awed, sitting inconspicuously beside her sister in the great hall at Windsor surrounded by so many people, minstrel music and at the high table, "The Plantagenets", the royal family, resplendent in jewels and furs. Katherine had no idea, at the time, that any of these people, sitting at the high table, would touch her life in any way.

Katherine's presence that night did not go unnoticed.  Hugh Swynford, a knight in the service of John of Gaunt fell in love and wanted her for his wife.  Katherine wasn't crazy about the idea but for someone like her, (orphan, penniless) his offer of marriage was amazing and her sister demanded that she accept the offer with gratitude. Hugh, however, needed the permission of his Duke. John of Gaunt, Duke of Lancaster felt it was a ridiculous idea.  The girl had no dower and could bring nothing to the marriage.  Meeting her and seeing how scared she was, I think he most likely felt a sense of "protection" towards her. Hugh would have his way, so they were married at St. Clements Dane's in London in 1365 and left for Hugh's estate, Kettlethorpe, in N. England near Lincoln. Then Hugh was called away to fight under the Duke of Lancaster in France.  Katherine eventually had 2 children by Hugh.

John of Gaunt, Duke of Lancaster, Earl of Richmond, Derby, Lincoln and Leicester was the third son of Edward III.  Through his marriage to Blanche of Lancaster, he was one of the richest men in England.  Hearing of Hugh's concern for Katherine being left alone at Kettlethorpe, John wrote to his wife Blanche suggesting that she ask Katherine to visit her at Bolingbroke Castle (SE of Lincoln) for the Christmas festival.  The visit went well and like John, Blanche felt a sense of protectiveness for Katherine.

In late August1369, Katherine was again asked to visit Blanche at Bolingbroke.  However, by the time she arrived, the black plague had struck the castle and Blanche died on September 12.  Katherine stayed with the ducal children, caring for them until John arrived and accompanied the funeral cortege to London.  With an escort from the Duke, Katherine returned home to Kettlethorpe.  The Duke of Lancaster showed his appreciation for her service to Blanche by awarding her all issues and profits from the towns of Waddington and Wellingore.  In 1371 Hugh was called to knights duty in Aquitaine and died of a leg wound as the result of fighting in Bordeaux in 1372.

Also in 1371, John took as his second wife, Costanza of Castile.  The marriage was another dynastic consolidation and gave John the hope of becoming King of Castile.  It was going to be a fight though because Costanzas uncle had seized the throne when her father died. John had no personal interest in Costanza and it was not a happy marriage .  They spent most of their time apart.  Her main concern was that he fight her uncle to regain her throne and John dreamed of ascending the throne of that kingdom, a goal he never achieved.

Hearing of Hughs death, John asked Katherine to become governess to his daughters by Blanche.  John had never forgotten Katherine and this action would assure that she was protected and cared for.  Here we begin the love story that had been simmering for both of them since John first met her in 1365.  John and Katherine had 4 children, John b. 1373,  Henry b. 1375,  Thomas b. 1377 and Joan b. 1379.  These children were given the name of Beaufort.

John and Katherine lived together and enjoyed their life for the next 9 years despite the fact that she "was" his mistress and he "did" have a wife. These facts weighed heavily on both of them and Katherine suffered the most for it. The fact remained however, that they really did love each other. In the summer of 1381, all of the children were at Kenilworth Castle.  Katherine had remained behind at the Savoy Palace to take care of some business.  This was the time of the famous "Peasants Revolt".  The Savoy was burned to the ground and Katherine barely escaped with her life.  Feeling that this assault was God's punishment for their adultery, Katherine wrote John a letter and returned to Kettlethorpe with her Beaufort children.  John was angry upon receiving her letter but knew that she was probably right.  He issued a Latin Quit Claim and returned to his wife.  He provided generously for Katherine and the children.  He also bought her a house on Pottersgate in Lincoln so the boys could attend school.  As the children grew older, John saw them and made sure that they had all they needed.  As for Katherine, there was no communication between them for the next 15 years. Regarding her children by Hugh, the son Thomas was now in the service of Henry of Bolingbroke (John's son by Blanche, soon to be Henry IV) and virtually nothing is known of Blanchette or what happened to her but her existence is documented in John‘s registers.

By 1395, Costanza had died. Her daughter by John, Catalina, now sat on the throne of Castile. Late in that same year, Katherine received a letter from John stating that he was coming to see her and Joan, bringing their sons with him.  At their meeting, John asked Katherine to marry him informing her that as soon as they were married, he intended to have their children legitimized.  Though never done before, legitimizing the children was legal and would be sanctioned by Richard II and the Pope. In Katherine's world, Dukes did not marry their mistresses and the stain of bastardry could not be removed.  These actions were unbelievable to her.  Katherine and John were married quietly on January 13, 1396 in Lincoln Cathedral and their children were legitimized. (a first in English history).

They had 3 years together.  John died a natural death on Feb. 3, 1399.  Katherine returned to Lincolnshire, lived a quiet life and died on May 10, 1403.  Her tomb is located in Lincoln Cathedral.

Through the Beaufort children of John and Katherine, the royal lines of England, Scotland and France descended.

(1)  Through their oldest son John who married Margaret Holland;

Katherine was the great, great grandmother of Henry VII and 3 x great

Katherine was the great grandmother of James II of Scotland.

Katherine was great, great grandmother to Charles VIII of France.

(2)  Through their daughter Joan who married Ralph Neville;

Katherine was great grandmother to Edward IV and Richard III

(4)  Thomas -m- Margaret Neville.  They had one child who died young.

Despite the differences in age and lineage, theirs was a love affair that endured for almost 30 years ending only when John died in 1399 with Katherine by his side.