Relax and unwind in our homely bungalow enjoying a secluded position nestled within a tranquil village close to the rugged north Cornish coastline near to Crackington Haven beach and a short drive to the famous Elizabethan harbour village of Boscastle. Also near are the historic town of Tintagel and the fabulous surfing beaches at Widemouth Bay and Bude.
Fully equipped, comfortably furnished and centrally heated, Anneth Lowen is ideally suited to year round holidays. There is easy private parking and a large enclosed garden with open countryside views. Convenient for the A39 (Atlantic Highway), it is an ideal touring base from which to explore Cornwall’s many delightful coastal and inland attractions.
Within a short walking distance is the Horseshoe Inn which serves home-cooked meals and is dog friendly. It also appeared in the television series Doc Martin. A Village shop and Post Office is within ten minutes walking distance. The Boscastle Farm Shop / Cafe overlooking the cliffs is just 5 minutes-drive.
The local area has Outstanding Natural Beauty designation; much of it protected by the National Trust. Boscastle Harbour is the only natural harbour for 20 miles along the north Cornwall coast. A century ago the village was a thriving port until the arrival of the railways. Explore the delights of the village, with its cottages clinging to the side of the Valency Valley, craft shops, gift shops and range of restaurants. Walk the cliffs or take the delightful path alongside the Valency river. Just over a mile up the valley is St Juliot Church which was restored by the 19th Century novelist Thomas Hardy.
Nearby are the quaint former fishing villages of Crackington Haven, Trebarwith, Bossiney, Widemouth Bay and Bude. Many beautiful beaches are within easy reach, ranging from bays surrounded by towering cliffs to easily accessible sandy expanses. Prime surfing beaches at Polzeath, Newquay, Widemouth and Sandymouth. There are also many excellent coastal and inland walks nearby such as the open space at Bodmin Moor and the Southwest coast path. Numerous other attractions and activities cater for all tastes such as sailing, boat trips, fishing, golfing, cycling, museums, industrial heritage, stately homes, preserved railways plus many family attractions such as Flambards village theme park and the Eden Project for that special day trip.
An extensive range of shopping, social and leisure facilities can be found nearby in Bude, Camelford, Launceston or Wadebridge. Major locations such as Truro, Plymouth and St Austell are within a 40 mile radius.
Anneth Lowen offers 1 standard double bedroom with en-suite shower/WC, 1 small double Bedroon and 1 single bedroom, bathroom with wetroom shower/WC, comfortable lounge/diner with TV, blu-ray player, kitchen with dining table, utility area, superfast Fibre to the Premises Internet, WiFi, large enclosed gardens with seating and patio with dining table. 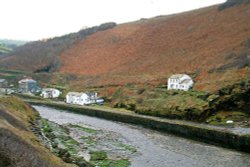 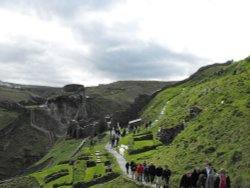 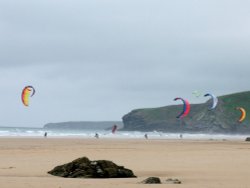 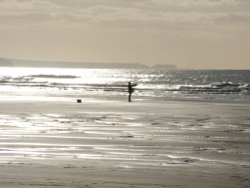 Backed in parts by grassy downs, the wide sandy sweep of Bude Bay with creamy waves flowing in endless procession from the Atlantic make this a perfect summer place for surfers... 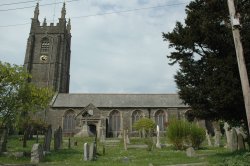 Stratton is a short distance inland from the resort of Bude and was the scene of a Civil War battle in 1643... 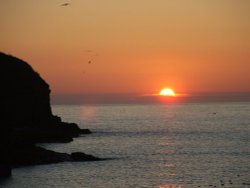 The village itself was especially noted for Pilchards, a fact which caused many fishermen in the 19th-century to make this little place their home. .. 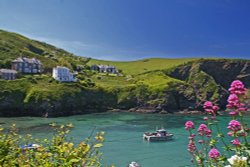 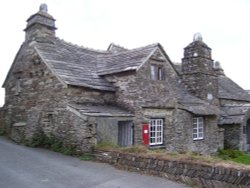 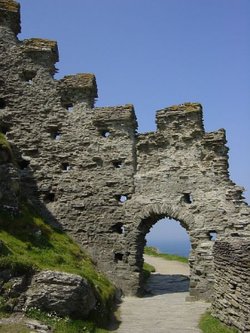 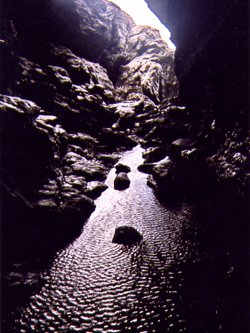 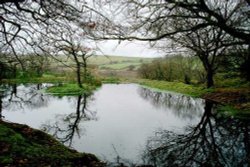 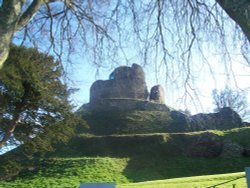 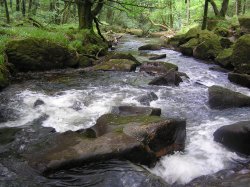 England > Cornwall > Boscastle > Cottages > Anneth Lowen
Random England fact:
In the 19th century the town of Chesham in Buckinghamshire, used to be known for its 4 B's - boots, beer, brushes, and Baptists. Woodenware was a notable industry in the past too.