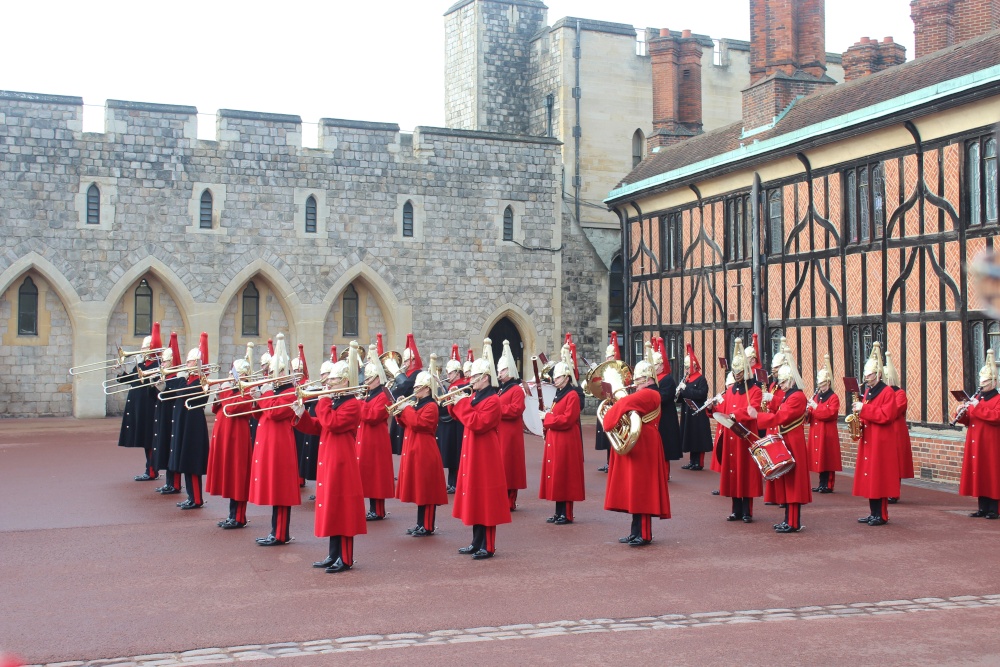 Apart from being the largest inhabited castle in the world, Windsor is arguably the best known, and on any visit to the town, it is the vast castle begun by William the Conqueror that draws the eye.

William quickly realised the strategic importance of Windsor, with the use of the River Thames and a forest for hunting close by. Since then almost every sovereign has left a mark on the building, Edward III was born at Windsor and cherished it. He not only enlarged the Royal living apartments, but he was also the founder of the Order of Knights of the Garter, making Windsor a centre for chivalry.

Henry II put up the early stone buildings, including the Round Tower, and the castle defences are still mainly those built by Henry I. As the throne passed from monarch to succeeding monarch, many changes were made, both Queen Mary and Elizabeth I made alterations, there was much done during the reign of Charles II, and by George III. It is however George IV we have to thank for the castle's strikingly beautiful skyline that is surely England's most unforgettable sight.

The castle comprises of three parts, the Lower Ward contains St.Georges Chapel, in the Upper Ward lie the State Apartments and the Middle Ward possesses the enormous Round Tower. Viewed from whatever direction these buildings are singularly dramatic, full achieving what William the Conqueror set out to do - build a castle sufficiently large enough to dominate the route along the Thames from London to the heart of England.

St.George's Chapel as we see it today is mostly of the 15th and 16th-century build, created as an extension to the 13th-century Chapel of Edward the Confessor. The chapel dominates the Lower Ward, it is extremely beautiful with a matchless exterior and interior. Inside all is light and grace, with the colourful banners of the Garter Knights hung high above the choir. The Garter Knights ceremony was held in St.George's Chapel for centuries, but this elapsed during the 18th-century, it was revived in 1948 by King George VI and has provided visitors with pomp and circumstance ever since.

Today, Windsor castle is the much loved home of our Sovereign Lady, Queen Elizabeth II, who was devastated when a fire ravaged the State Apartments in 1992. The fire damaged over 100 rooms and took 250 fire fighters over 15 hours to control. Fortunately there was little loss of priceless works of art as these had mostly been removed for safety whilst parts of the castle were being restored. It was during the continuity of restoration work that the fire broke out. Apart from this, Windsor Castle had led a peaceful existence with little by way of alteration since the 19th-century.

The castle is a joy to explore, it is like a miniature journey through much of England's history, with much to see and absorb. The views as you proceed through it's wards and terraces are quite incredible, leaving you breathless at the beauty of the Thames and stunned by the strength and might of the magnificent Round Tower. For the British there is little to compare with the sight of the Round Tower with the Queen's Standard fluttering gently in the breeze.

The story of Windsor Castle is the story of the British monarchy. Its history is well documented. Latter day history records that Windsor Castle was regarded by Queen Victoria and Prince Albert as their principal home, it is the place were Prince Albert died and is buried and it was to the castle that Victoria retreated after her husband's death in 1861. This earned for the Queen the affectionate soubriquet "The Widow of Windsor", for except for demands of state Victoria hardly ever returned to Buckingham Palace again. It was during her tenure that the vast Grand Staircase to the State Apartments was created by Anthony Salvin in 1866. This staircase is awesome, it has the finest display of arms and armour in the world, particularly armour of the 15th-century.

In the 20th-century Windsor Castle was the dramatic setting for the highly charged emotional abdication broadcast to the British Empire by King Edward VIII, when he renounced the throne in favour of his younger brother who became George VI. In those far off days the affair between Edward and Mrs. Simpson was deemed unacceptable to the British public, the King left these shores as the Duke of Windsor, and later, in France, he married Wallace Simpson.

Except for the War years, King George VI and Queen Elizabeth did not use Windsor to any great extent, they much preferred the comfort and intimacy of Royal Lodge, their original Windsor home.

At the present time Windsor Castle serves as both a weekend retreat for Queen Elizabeth II and her family. It is also well a fully working castle, the place where most members of foreign Royalty and other Heads of State are received and entertained.

Areas open to visitors are -

Windsor Castle is open to visitors from March to October. On rare occasions it may be closed due to affairs of state 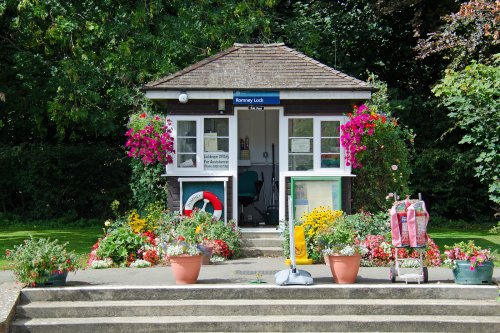 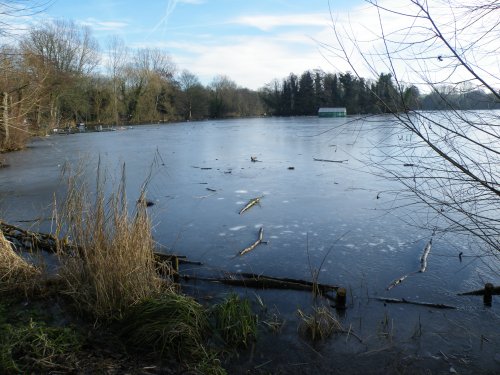 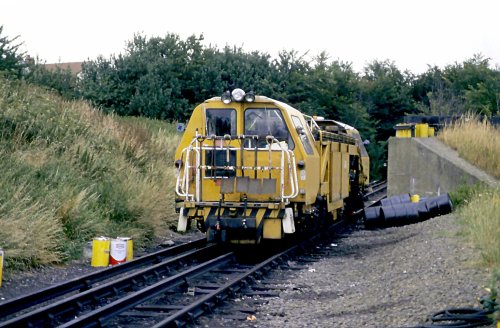 Random England fact:
The county name of Dorset is derived from the town of Dorchester